They were driving on a lonely road out past Death Valley, a classic diamond desert trek. Just the two of them
in the small ancient two door. It was spring and thankfully the air conditioner wasn’t needed.
He had the heater to keep them warm and they alternately climbed over each crusted ridge and
then coasted down into the long valleys. The engine was smooth, with that comforting sewing machine mechanical sound.
They called it God’s chariot, the BMW 3-series. and it truly was, small but ample.

The year had seen rain, and the desert flowers were blooming. There was not much wind that day, the sun
overpowering as usual.

She wasn’t angry, or disappointed. She waited patiently. But she was annoyed.
“When are you going to get a new car?” was her unvoiced query. A lot of things were left unsaid
in their relationship.

He had a lot of confidence in the car, perhaps unfounded. He did most of the repairs himself, and
it was clear that he had a pride in his mechanical abilities. Which was of course, unfounded.
But changing a tire — not much too it.

On the way back from Death Valley, they passed a motel. It was rather an imposing
building out of place in this desolate valley town.

“What is that thing?” he asked her.

“It could be a prison, but there ain’t no razor wire. Is it a state mental hospital?”

They drove up to it, and saw the sign for “the Opera House”.

“The damn thing is an opera house, but there ain’t no performances.”

It was another ghost construction swallowed up by the desert. They parked the car, and got out.
Neither of them was particularly scared by this reckless action, their confidence was of course,
unfounded.

It was shaped like a motel with an open court with rows of rooms. At the northern and southern ends,
the structure was two story, with large opera house doors at the northern end. But there were no cars
parked and as they walked along the shaded walk, they realized that all the rooms were empty.

As the approached the southern corner, they saw what seemed to be an entrance. They walked into the lobby
and a lady clerk attended a conventional motel check-in.

“Can we get a room for the night?”

“There are no rooms available.”

“But there are no cars, and no guests.”

“I am sorry, but none are available.”

He wanted to contest the issue, and force a room, but Lady said quietly, “I think we should go.” 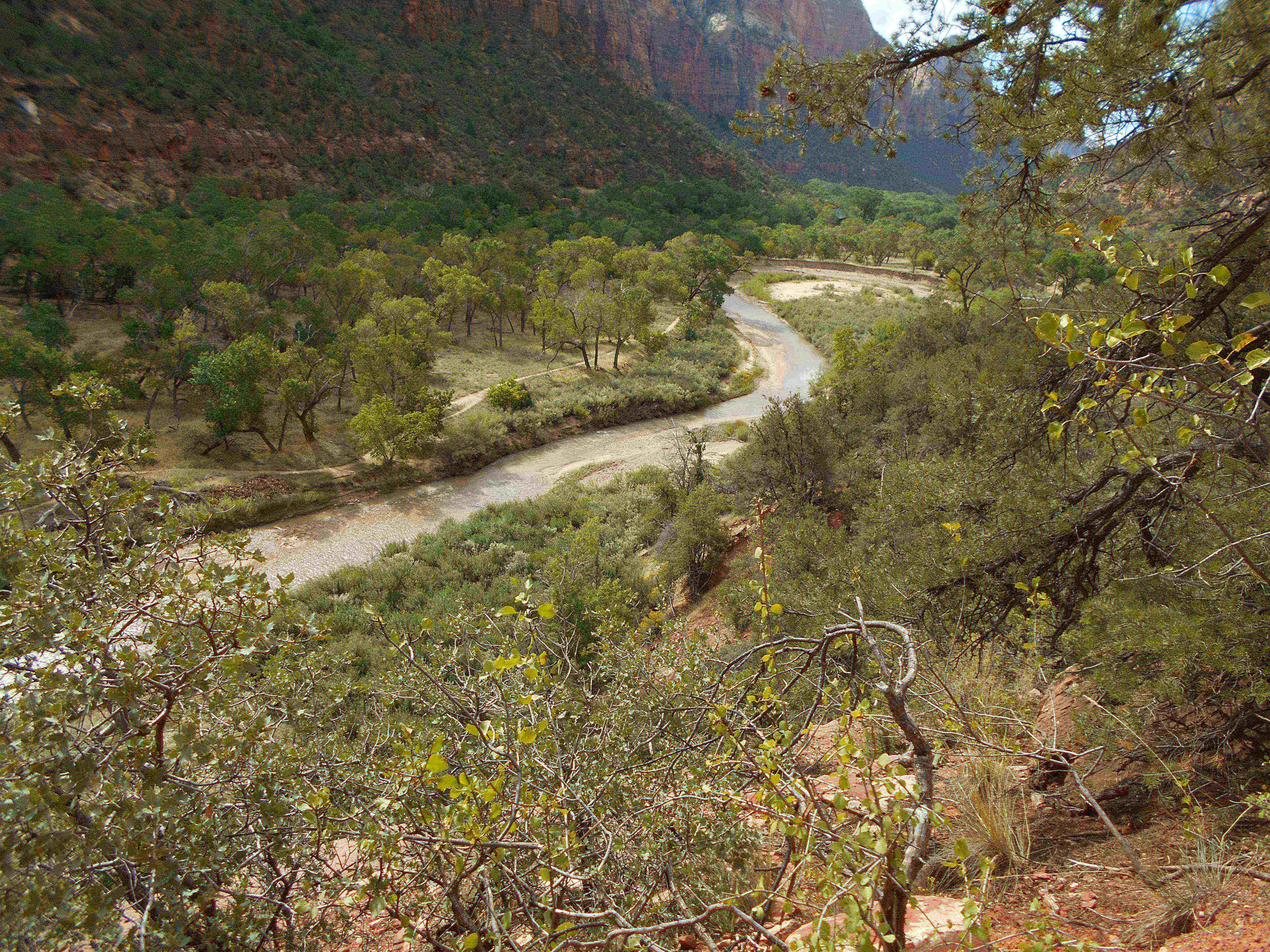 The trip to Zion began as a planned typically American family road trip. He looked at the route on the computer, searched […]