So that’s about a 3% probability, or for every hundred people, I would expect about three to be positive for the virus.

As the infection continues these numbers will inexorably increase.

Several, (many?), influential and prominent people — daresay I call them ‘leaders’ — have said that “no one under 70 dies from the virus”. Certainly that seems to be likely, but it is just not true. On October 29, 2020, Donald Trump Jr., in a Fox News interview, said “But I was like, ‘Well, why aren’t they talking about deaths?’ Oh, oh, because the number is almost nothing.” Certainly successful leaders know the meaning of the word contrite.

A seasoned and careful man, Dr. Scott Atlas says “This is a failure, in my view, of the public health officials who have not come forward with all the knowledge that we have, like I said, that we’ve learned,” Atlas concluded. “The data is out there, and we don’t all have to be paralyzed with fear. We have to do very, very diligent protection of the people who are vulnerable, and those are usually older people with other comorbidities, and we need to open because we know the harms of not opening.”

But what he is really saying? What action or inaction is he advocating? What is the responsibility of public health officials at the Federal level, the state, the county? Isn’t it to protect the public?

Here is the case of an Eighth grader, a soul, who has recently died from Covid 19.

You can minimize this death and say that young Peyton Baumgarth, age 13 had comorbities, was going to die from something else anyhow. That is the same argument that if your grandmother is run over by a car while walking on a crosswalk — it was because she just didn’t walk fast enough.

Peyton was 13 years old and deserved to live a long life.

Again about a 2.5% probability of case positivity in Washington DC.

May 5, 2021 To all elected members of the United States Government, My name is Michael Fanone and I have been a […] 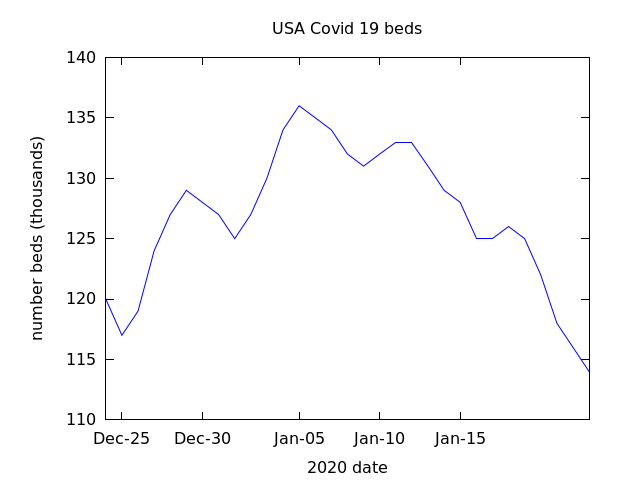