When I took History 35 in high school, we basically learned a chronology of US History. This has been quite useful, but it was only later when I took Political Science at MIT, that I started to learn a bit of the theory. I am a doctorate in Mathematics and so I make no warranties or guarantees as to any kind of professional political opinion. Although Plato believed in his Republic that the philosophers should rule. Really, most of what I have learned has been from watching news on TV and reading the newspaper, and just listening to what Political leaders do and how they rationalize their actions.

So, when the Corona virus hit, it was not unexpected for Donald Trump to say that the problem was up to the Governors. He would provide Federal assistance, but the response would be done on a state-by-state basis. So, we saw Andrew Cuomo on TV everyday talking about the New York response to the virus. Personally, I was quite surprised. Trump did set up a Federal Task Force, and we had a 15 days to slow the spread at the national level. Federal money went to ventilators, drug and vaccine development. At least 30,000 New Yorkers died.

I would expect that the Democrats will push for more of a coordinated Federal response. This is traditional for the Federal / State Duality. And I expect most Federal actions to be contested by Republicans. Individual Governors, like Whitmer of Michigan were basically given free rein on lockdowns but then blamed by Trump for being draconian. He was quite good at shifting responsibility away from himself, the Presidency, and the federal government and passing the buck to the states. In this way, he shifted the blame.

In every Presidential election, the states rule the voting process. The role of the Federal government is intentionally quite limited. That was the intent of our Founding Fathers. The Federal Government is supposed to stay out of it. Each state is in charge of running its own election with its own machines and its own procedures. This is part of the beauty of the American system — it is a check against a runaway Federal Government. States have real authority. They supervise their own election. So to avert a dictator rigging his own reelection (which happens in most countries, i.e. President for life), an independent state is strong enough — has enough authority — to guarantee the election. So you have 50 independent elections. Each State has its own legislature, and its own judicial system — its own supreme court. According to the US Constitution, the election is their right. Thie is the essence of Article II of our US Consitution, the basic architecture of our Democracy. We are not ruled by a national popular vote, but by an Electoral College.

Watch and listen to the President on the election night, in his speech, Trump poisoned the well.

Later Constitutional amendments — the 15th, 19th, 24th, and 26th amendments — do reference the popular vote and are related to suffrage and disenfranchisement. That’s why Trump uses those choice of words. He is trying to legitimize some kind of Federal strong arming of the election.

And because poor Donald is losing his big election. I find it highly suspect that his personal henchman, Rudy Guiliani suddenly pops up with half cooked cases. Remember, he the same guy who dug up Hunter’s laptop two weeks before election day. What is the real motive here? Is he really trying to protect the American people — to enfranchise them — or is just trying to ensure his re-election victory. What sounds more plausible to you?

what about the 24th amendment”for reason to pay poll tax or any other tax” Isn’t this really the disenfranchisment of the poor, who happen to live in poor blue counties, and do not have the means to travel to Mar-a-lago to vote.

This has happened before many years ago in the holy land. Why did Mary and Joseph had to leave their homes and travel to Bethlehem? Because the King had ordered a counting. So little Jesus was born in a manger. Can’t that be considered a tax?

To be forced to stand in a Covid-19 line for hours on end to cast your ballot, because you know that if you send in a mail-in ballot, it will be deemed illegitimate by a red President? Can we apply the intent and language of the 24th amendment here? Who is really being disenfranchised? Donald Trump jetting in to Mar-a-lago, or the millions of New Yorkers. Or Philadelphians, or Atlantians, or Las Vegans being forced to assemble in a covid-19 voting line not able to employ the remedy of mail-in voting?

Their are lots of sources for error in mail-in voting. The estimates are that 3% of all mail-in ballots are lost. An interesting study what are the odds your vote will not count

It is usurping of States’ authority by the President, Donald Trump, to assert that any State’s election is illegitimate. It is the right of a State to declare an election legitimate (or illegitimate). In Bush versus Gore in 2000, election, the US Supreme Court only argued the case after the Florida Supreme Court made their opinion. Here, we have a sitting President short circuiting the entire process.

Bush versus Gore rests on the 14th Amendment — the Equal Protection Clause which maintains that all citizens must be treated equally before the law. Here we have a sitting president that will do anything to win re-election.

The President ordered all voting in Pennsylvania to stop — where he was losing — but for voting in Arizona to continue — because he thought he could close the gap. Might the the 14th Amendment apply here? Voting can continue in some states, but must stop in others. It is obvious to me his motive.

Certainly poisoning the well didn’t help his henchmen with any possible case that they might bring forth.

In the early morning hours following Election Day he said:

And it does seem a bit childish that he only calls States’ elections illegitimate that he lost. He did not win Georgia. He did not win Pennsylvania. Again, he is prejudicial and poisoning the well. In fact, he might have significantly increased the burden of his lawyers trying to argue any case. Not only do they have to argue whatever evidence they can bring, they will also have to excuse his abuse of office. In fact, they might have to argue his oath of office. Why should we have to make excuses for Mr. Trump?

In my humble opinion, this President has broken his oath of office. And the optics looks awful — nobody likes a sore loser. It is weird. All who have pledged to defend our constitution should take heed. It is time to watch his actions closely and carefully. The next days days until inauguration will be scary.

I guess that’s why I am writing this post. Watching this on TV really disturbs me. Gives me nightmares. I can’t believe I ever voted for the man.

I would like to say that I was against his impeachment. He was not given a fresh start and a real beginning when he started office in 2016. That was wrong. But I don’t think it excuses what he is doing now.

I also am addressing this to my British friends who are struggling with Brexit. I don’t know much about the European Union, but just perhaps, looking at our American system might help you think about this Federal / State duality. 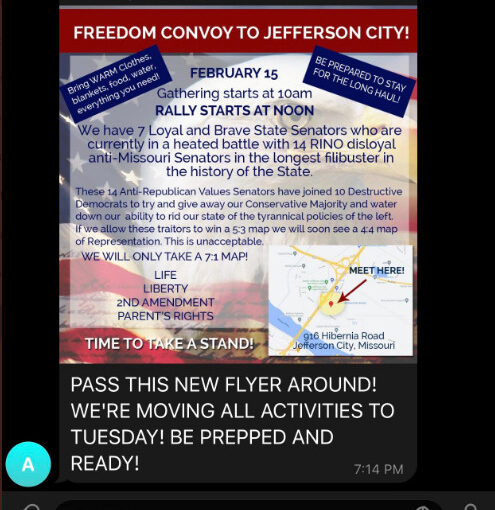 2 thoughts on “The Federal and State duality”