This week, Honorable Senator Roy Blunt has decided not to run for re-election. And all of sudden, that has opened this race wide open.

When I declared my candidacy back in early February, I was sure that Blunt would win re-election. He had a declared campaign war chest of over 2 million dollars. And he had been a key organizer of Biden’s inauguration, and organized Trump’s Missouri campaign.

I know my odds for winning — even showing up on the ballot — are long.

I was disappointed that he did not vote to impeach, but I was encouraged that he voted to accept the results of the Electoral College.

I am sorry to see him leave this race. I know that sounds strange, as I am running against him. But I respect the service that he has done as U.S. Senator, and feel that his leaving public service is our loss.

What it does point out is that this job is difficult and a six year term is a long time.  He will have served two terms — twelve years. From 2010 thru 2022.

I heard a TV lawyer justifying Trump’s boundless litigation in his quest for Presidential re-election as good for our Democracy, for our […] 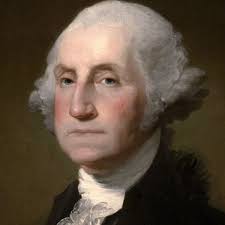 Often, when I am petitioning, I am asked “What are you?” This is a general question with many interpretations. It really is […]