In my post 2nd Amendment — Where I stand I talked about the epidemic of gun violence in our country and my plan to solve this via a national gun safety curriculum. Here, I will talk about my positive experience with gun safety and I propose a possible detailed syllabus.

When I was living in Las Vegas, I found employment as a licensed unarmed Nevada security guard. This job paid minimum wage and I was really being paid to have eyes and ears and be on the look out for problems. I worked in the hotels and the trade shows, at rock concerts and fights, at jewelry and electronics conventions. Sometimes, I had to help clear rowdy concerts after the lights went out. One such concert was outside at the site that later became famous for being the site of the larges mass shooting in U.S. history, when one of the rich patrons went nuts on the 32nd floor of the Mandalay bay. My time was on a hot summer night, and really consisted of trying to educate drunk concert go-ers where the exits were. The most difficult aspect of my job was trying to kill time — avoid boredom — and to keep alert. I met a bunch of famous people but I won’t share those names here.

As part of my career planning, I thought that I would advance to become an armed security guard. This meant a bit more money, and a lot more danger and responsibility. So, I took a gun safety course from the Gun Store. I really liked this course and I think this is a start for what I think should be required nationwide.

1. Physics and mechanics of firearms. What makes a bullet fly.
2. Scenarios. When you might need to carry a gun. When you might need to use your gun. What kind of people will you encounter and how do you communicate with them. How to store your gun.
This is also a good place for statistics and case studies.
3. Legal Aspects. You need to realize that you will probably face litigation if you show a firearm, and most definitely if you discharge your weapon for any reason. This is not a constitutional law course, and should be taught at a common sense level. What does “stand your ground mean”? ‘self defense’? What is ‘imminent jeopardy’? What is ‘brandishing’? ‘wrongful death’? ‘murder’?
4. Marksmanship. This is going to the range and demonstrating proficiency with your weapon.

The basic message of the course must be simple and clear, “Guns Kill”

This is stuff that the kids need to be taught in school. 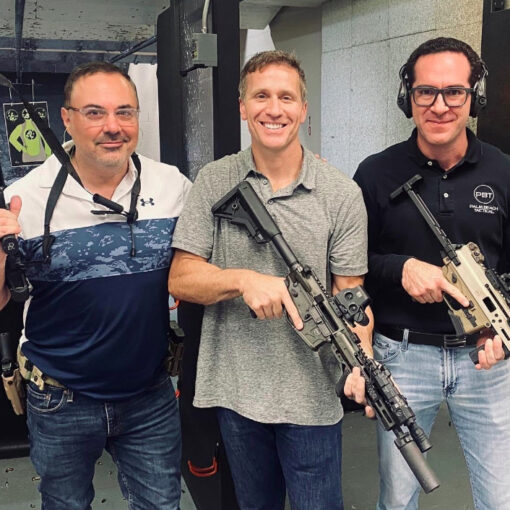 There is a popular trope that America’s original sin was Slavery. It is indeed an Evil but it was not unique to […]